The UK Aerospace Research Consortium members host many facilities ranging from Wind tunnels and Turbomachinery facilities to electrical power and structures laboratories. These are used by academia and industry, both nationally and internationally.

A primary aim for the UK-ARC is to accelerate UK-Based technology advancement within priority aerospace and aviation disciplines. Knowledge of and access to these facilities is crucial to making the best use of UK investment in research to advance aerospace technology. This page and the links included here to individual university inventories of facilities are intended to give greater visibility to the many significant UK-ARC university facilities.

Coordinating the inventories of the large range of facilities available, their location and contact information should assist a greater level of inter-university collaboration and improved industry access to world class research facilities. UK universities welcome contact from international aerospace companies and organisations which may also wish to use these facilities.

Below are a number of the key facilities for Consortium members, plus a relevant link to a comprehensive list of their other facilities.

“The School of Mechanical and Aerospace Engineering at Queen’s University Belfast has state-of-the-art infrastructure, experimental and computational facilities to support our world-leading research and teaching activities as well as access to key institutional facilities.” 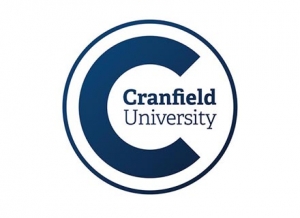 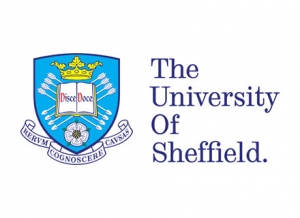 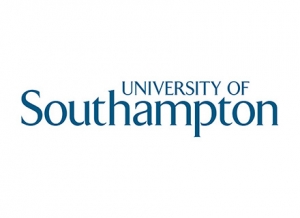 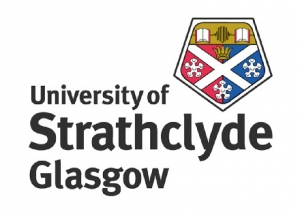 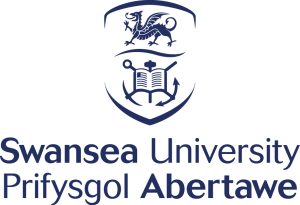 Open Loop Research Wind Tunnel: Swansea University also houses a state-of-the-art open loop wind tunnel designed specifically for the study of animal flight. This open jet tunnel differs from other animal flight facilities in the size of the test section, which will be the largest of those currently in operation (1.8 m wide by 1.5 m high). This, combined with the tilt range of the tunnel (-1 to + 8 degrees), makes it ideally suited for the study of flight in large animals, many of which have adaptations for gliding flight. The speed can be varied continuously from 5 to 28 m/s. The tunnel has been funded by the ERC under the EU’s Horizon 2020 programme.

The Future Manufacturing Research Institute (FMRI) at Swansea University provides expertise and facilities in the areas of:

(ii) advanced materials and device design, prototyping and additive manufacturing from the nano to the macro scale

A key partner of Strathclyde has launched a state-of-the-art purpose-built global centre for the design and digital manufacturing of next generation aerostructures. The 90,000-square-foot innovation centre on the Spirit campus in Prestwick is capable of manufacturing components of up to 20 metres in length and features 55,000 square feet of manufacturing space and a materials […]

Successful ground testing for all-electric race plane Researchers at the University of Nottingham have tested an electrified racing aeroplane that could establish the viability of faster and more efficient electric flight. The research project, which began in 2018, aims to demonstrate the concept of electric-powered plane racing; pushing the limits of electric propulsion to increase […]

The Advanced Composites and Engineering Centre was attended by the President of the Royal Academy of Engineering and the Chief Executives of the HVMC and NCC. A great attendance from aerospace companies including Spirit and supply chain companies such as Denroy Plastics and Nacelles Systems Consultancy among others helped celebrate the relaunch of Northern Ireland […]

Innovate UK, through the Industrial Strategy Challenge Fund, invites applications for strands 1 and 2 of the future flight challenge. This supports projects that will develop and demonstrate integrated aviation systems and new vehicle technologies that enable the introduction of new classes of electric or autonomous air vehicles. These could include drones or unmanned aircraft […]

Chris Gear – FlyZero Project Director Over the past six months the FlyZero team, made up of experts from across UK aerospace and beyond, have been thoroughly investigating the technologies which have the potential to propel the next generation of aircraft into our skies. After assessing a range of options, we’re focusing our energy on […]

Applications are now invited from suitably qualified candidates for a University Lectureship in Propulsion and Power. The successful candidate will be based at the Whittle Laboratory in West Cambridge. The closing date for applications is Sunday 1 August 2021 Application details

The University of Nottingham has been awarded £7.6 million towards the development of the £16.8 million test and validation facility for aerospace electric and hybrid propulsion systems. The new award will see the commissioning of 10 new fully instrumented test cells able to validate a range of MW-class motor and generator drivetrains to cover aircraft […]

There have been two separate invitations, one issued by Government and the other by Industry. The perspectives and content may differ, the links to the two information events are listed below. European Funding Information Day, 20th May   You are invited to join the Aerospace Technology Institute (ATI) and ADS on Thursday 20th May at […]

The Advanced Composites Research Group at Queen’s University Belfast is offering a number of exciting PhD projects as part of a strategic collaborative partnership with Spirit AeroSystems. These studentships are available to UK nationals only. A list of projects, and information on how to apply, may be found here . For further information, please contact Prof […]

The University of Southampton has worked with Royal Mail on a trial of fully autonomous scheduled drone flights. The trial will see the Company use Uncrewed Aerial Vehicle (UAV) flights to deliver Personal Protective Equipment (PPE), COVID testing kits and other mail to the Isles of Scilly. The Government-funded project, which has been developed in […]

CFD is an important enabler for UK aerospace technology development. This ATI survey aims to gather information on the UK CFD effort as a first step in considering our readiness to address future technology and competitiveness challenges. We invite all UK groups active in the development and/or use of CFD methods for aerospace industry applications […]

The Department of Aeronautics & Astronautics within the School of Engineering at the University of Southampton is looking to strengthen and expand in the area of digital design, model-based engineering and model-based systems engineering with focus on new systems and processes required for lifecycle design and the tools required to achieve this. https://jobs.soton.ac.uk/Vacancy.aspx?ref=1365921DA

The Design and Manufacturing Research Team at Queen’s University Belfast, in partnership with York and Loughborough Universities, has been successful in winning a large-scale Programme Grant from the EPSRC. ‘Re-Imagining Engineering Design’ (RIED) is a £11.5m (with £7.3M from EPSRC) research programme supported by Rolls-Royce, Airbus and NI companies Glen Dimplex, Bombardier, JW Kane and […]

On 20th April, the UK government announced that it is setting “the world’s most ambitious climate change target into law to reduce emissions by 78% by 2035 compared to 1990 levels”. Crucially for aviation, the UK’s share of international aviation emissions is to be incorporated in this drive towards net zero emissions. Details of the […]

A materials expert at the University of Nottingham has secured over £2.1m to develop new coatings for use in aerospace that could cut jet plane CO2 emissions Dr Tanvir Hussain has received the five-year fellowship – funded by the Engineering and Physical Sciences Research Council – to find new modelling and processing techniques that will overhaul the design […]

Aerial drones could soon be delivering blood, organs and medical supplies in Scotland as part of a revolutionary UK-first trial involving researchers at the University of Strathclyde. https://www.strath.ac.uk/whystrathclyde/news/strathclyderesearcherstohelpdevelopuksfirstmedicaldeliverydronenetwork/

UK-ARC activities and ambitions were presented on Thursday 4th February at the virtual showcase – Aerospace Research: Achieving Net-Zero Emissions – hosted by the Institute for Aerospace Technology at the University of Nottingham. This stimulating event highlighted research innovations at the IAT and many national and international collaborations with industry. Helping to expand the value […]

Following the autumn 2020 EPSRC panel meeting funding was confirmed for the UK-ARC network. The UK-ARC has now appointed a Network Manager, Roger Gardner to build its work and profile. Roger has experience working in aviation and aerospace research in academia, research organisations and industry and brings a background of familiarity with the UK-ARC membership, the research challenges and […]

UK-ARC member Swansea University and Faradair Aerospace are to expand their relationship with the British company’s commitment to bring back large-scale aircraft production to the UK and deliver 300 home-designed, sustainable aircraft for regional air mobility and special missions by 2030. The enhanced collaboration will see the University’s Bay Campus become a training ground for engineers […]

The Aerospace Technology Institute (ATI), with support from the Department for Business, Energy and Industrial Strategy (BEIS), has launched the FlyZero project to determine the concept for a new low carbon aircraft to be introduced within a decade. This work is a national effort that aims to define concepts to give the UK a lead […]

Members of the UK Aerospace Research Consortium (UK-ARC) representing the UK’s leading aerospace research universities were pleased to support the Farnborough International Airshow Connect (“Virtual Farnborough”) programme. During the five day event the members took part in a series of technical presentations, careers events and panel sessions showcasing the universities as being a key part […]

Researchers at Imperial College London have built a state-of-the-art flight simulator to analyse the dynamics of very flexible vehicles in low-altitude flight, to help ensure safe performance near the ground.

The MAGMA project is a collaboration between the University of Manchester and BAE Systems that aims to develop innovative new flight control effectors for aircraft.